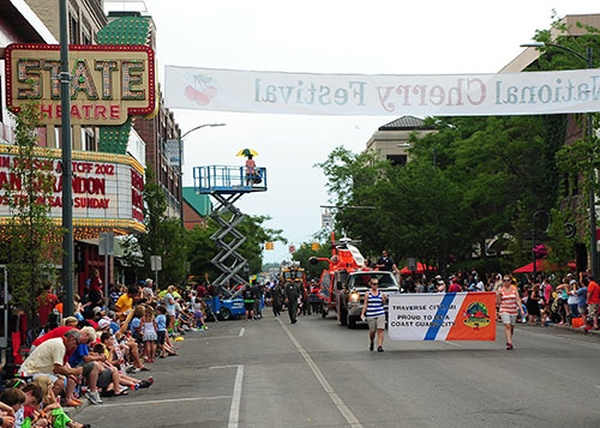 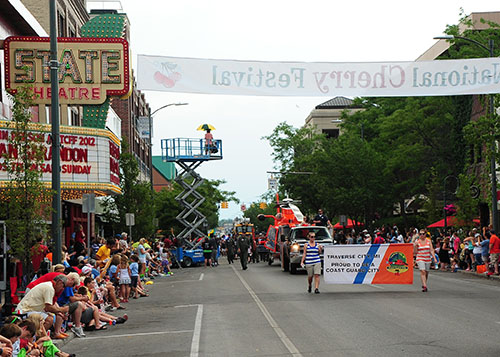 The National Cherry Festival in Traverse City was initially called the "Blessings of the Blossoms" in 1925 and included a prayer ceremony for a good cherry harvest. The festival was held every year in May to attract visitors to Northern Michigan during the blooming of the blossoms on the cherry trees. The Michigan Legislature changed the name to The National Cherry Festival in 1931, and the event was moved to the summer.

More than a million people come to Northern Michigan every year to take part in the many activities in the area and watch the crowning of the new Cherry Festival Queen at the Grand Royale Parade a Junior Royale Parade and an air show with periodic visits from the famous Blue Angels. Now in its 90th year of celebrations, the festival was initially held to coincide with the cherry harvest from the middle to the end of July but was moved to early July to incorporate the 4th of July holidays. Visitors to the festival enjoy taking part in fun activities like pie eating contests and cherry pit spitting competitions at the week-long celebration held from 30th June to the 7th of July each year. 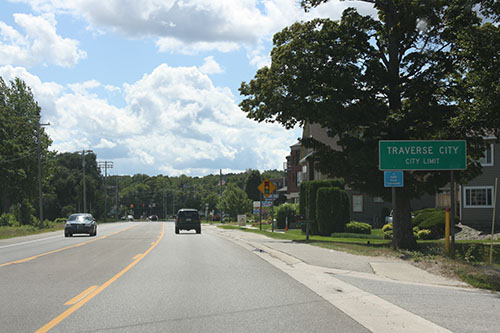 On 25th July 1987 participants in the National Cherry Festival in Traverse City won a place in the Guinness Book of World Records for the world’s largest cherry pie which measured 17’ 6” in diameter and weighed 28,350lbs. This pie replaced a previous world record pie baked in Charlevoix, Michigan nine years ago. The National Cherry Festival record was held until the 14th July 1990 when a pie measuring 20’ in diameter and weighing 37,740lbs 10oz was baked in Oliver, British Columbia and eaten by about 1,500 people.

Island View Orchards is the longest running cherry farm situated on the Old Mission Peninsula. The farm is run by Whitney and Mary Lyon and has been in the Lyon family since 1878. The Lyon family farm is the official National Cherry Festival farm and has always worked in close association with the festival organizers and supported the event. The National Cherry Festival is more than just a single celebration and events are organized all year round with the objective of pouring back into the community.

Over the years the festival has continued to expand, and the Cherry Royal Parade is now one of the largest in the Midwest. The festival brings approximately $26 million dollars to the Northern Michigan area with more than 150 events and activities including 3 parades, classic car and truck shows, live music, turtle races, bingo, fishing contests, pet shows, cherry pie eating contests and the highlight of the festival, the selection of the new Cherry Festival queen. Most of the events are free, and a spectacular fireworks display is put on over West Grand Traverse Bay to close the festival.